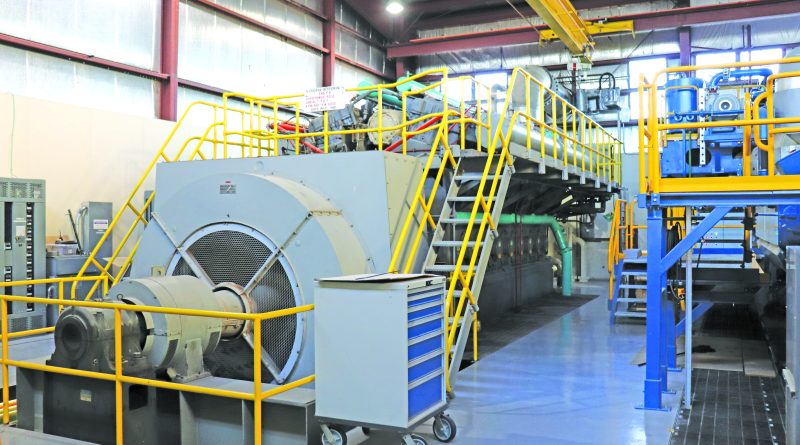 During the Monday, December 20, Falls City, City Council meeting, Mayor Shawna Bindle noted that the County Commissioners declared an emergency disaster for the recent storm. The city fell under that umbrella, so they would be keeping track of expenses for record.

Bindle also thanked Utility Superintendent Ray Luhring, Kevin Cluskey and Sandra Ferris, as well as the rest of the city employees, “who went above and beyond during and after the storm.”

“They’re still working and doing a ton of work everywhere from power lines to the cemetery. And I also want to extend a special thank you to the Auburn Board of Public Works for sending a line crew down to assist us and to Nebraska City for sending assistance to the power plant,” said Mayor Bindle.

Cluskey echoed the Mayor’s statement saying, “I want to say a special thanks to all the city workers, crew and utility workers out there. During a moment of crisis, they all came together and were working well with the county and they were more than willing to reach out and help us where they could.

We really appreciate the partnership we’re getting from Richardson County.”

Ray Luhring, Utility Superintendent, explained the outage issues Falls City experienced before the storm and the hours after in great detail at the request of Councilperson Don Ferguson; in the event something of this nature happens again, there’s more knowledge to share with the public.

Luhring shared his frustration with the Council saying when OPPD lost several lines, poles and structures between Verdon and Falls City, that started the outages.

Once he found out about that damage, he expected a 30-minute outage.

The following is a condensed transcript of what Luhring said at the Council meeting.

Luhring expected to start unit nine, a 9.3-megawatt unit that can carry the entire city of Falls City.

“With the load that we had, piece of cake,” said Lurhing.

Unit four was ‘black started” (the process used to restore power in the event of a total or partial shutdown of the national electricity transmission system) to get the station power and nine was started the right way, but when it was put on it failed immediately. The problem was unclear, so each was reset and a 10-minute cool-off period was done to get the exhaust out of the engine.

The channel started back up and it started again.

“When we went to auto-sync, it auto-synced, it closed the breaker so all sudden we’ve got nine on the board, what we call on the board, so feeding our bus and we’re thinking it’s a piece of cake. Our station power which is off one of our 4160 engines, It’s running the supply station power, so it’s given us what we call 60 cycles per second that’s what your electricity in the United States runs on,” said Luhring. “To sync that, our generator nine looks at it and when it has 60 cycles and sees 60 cycles, and through the step-up transformer they both see 13.8 it automatically closes that breaker to put unit nine on-line, which it did. The trouble with it and we still to this day (Monday, December 20) don’t know exactly what although we’re reaching out to Wärtsilä.”

When that unit was on cycle, it went from 60 to 62, which, Luhring said, may not sound like a lot, but it’s a ton when you’re talking about electricity cycles. Trying to get it down, they tried to adjust the fuel to get the RPM down on the engine so the cycles would go to 60 and loads could be added, but it wouldn’t adjust. It stayed at 62.

“We thought, okay, let’s put a circuit on, we get a little bit of load on; that’ll also help bring that back down a little bit. We did that didn’t help; it just stayed at 62 the entire time and the RPM stayed at 7500, which they’re supposed to be 7200,” said Lurhing.

The crew fought for nearly ten minutes and had a couple of circuits on and then it tripped out on what they call over frequency and under voltage. They were back in the same boat, and they’d have to black start from the get-go with unit four again. They started four up and decided to run unit six because units seven and eight were disabled.

Six was running and looking good. They wanted to get nine up and running; once again, it ran the cycles up to 62 and it wouldn’t come down.

“We even put it in manual to try and adjust the speed and couldn’t get it to do it. Trips the whole place out. When that happened, unfortunately, unit six, the circuit breaker up in the switchgear, the trip coil burned up. So we couldn’t get it offline. We were struggling out, so we manually had to trip it, which trust me I don’t like doing with stuff that’s 60 years old,” said Luhring. “But we got it offline. And so then we’re stuck with a breaker that we can’t use right away. We struggled with different things off and on as far as the units, and we got a hold of Wärtsilä finally, and they told us, you know what you’re doing should work. We assured him it wasn’t.”

Chris Farabee from Farabee Mechanical and a gentleman from Nebraska City took a look and agreed with Luhring, what was happening made no sense. It should have been working.

“They said, well, that just makes no sense to us, and that’s not how they operate. We brought it back up again and did the same thing. When it dumped us, both of them were just dumbfounded. They said this makes no sense. It shouldn’t do this. So we are still reaching out to Wärtsilä on that,” said Luhring.

The breaker for unit six was changed and it’s on-line. Things started to go up. Unit seven had not been able to run it because the fuel gate wouldn’t drop, and Farabee had a suggestion to get that up and running.

Then unit eight ran well for about an hour and a half until it tripped out after overheating, catching Luhring off-guard.

“We found out that there was a circulating water valve that had been shut. Somebody shut it off at some point and not told anybody. So we didn’t have any water running through the engine to cool the oil. So that’s what caused it to trip on the overheat. Once fixed, it was up and running.

“We have an enunciator panel there, so we don’t get any alarms. That was one area of concern, but we decided that all we were worried about were temperatures. If we just had an operator go out there every 10 minutes and look just to make sure the temperatures were okay, we’d be fine. Those gauges are right outside the control room. So it’s really accessible. And once those were running, and eight was running, we picked up the entire town, we had everything up and running again. And those ran basically from about noon on Thursday. Until we switched back to OPPD on Friday,” said Lurhing.

He said he would reach out to a town in Minnesota that also works with Wärtsilä to see if they have issues with Black starting and sync. He also believes there may be a programming issue because the engine starts and runs fine. So mechanically, everything is good.

“When we go to what they call Island mode, an island mode just means that OPPD completely dropped us. We’re in the dark. We’re trying to start up all by ourselves, you know, detached from the grid. We’ve still got that out; we’re still trying to talk with them, to see what’s going on there,” said Luhring. “A couple of bad things, one, seven, and eight really set us back timewise to make all those adjustments and repairs to where we can get them to run. But on the other hand, now we know what they are. So those repairs can be made.

He said a checklist is being made, so issues like the overheating issues or valves not being reset or open and closed are not issues in the future.

“I know it was frustrating and in my opinion, we didn’t generate as fast as we should have or could have; I think we could have done a few steps figuring out some of these issues a little bit quicker,” said Luhring. “We do have young staff down there and I’ll tell you, they worked hard and everybody was throwing out ideas. None of this stuff happens fast; it does take some time. But, you know, it took longer than it should have and I’ll take the, you know, I’ll take the blame for that. And I’m really disappointed that we got the answers we got from Wärtsilä”

Councilperson Don Ferguson said he was disappointed with the amount of money we spent with Wärtsilä and we were not getting any more resources or any more desktop help.

“You know, that’s a tough situation and that’s one of the reasons we have this generator so we can function on our own in case of an outage in case OPPD is going to drop it. But you know, we spent $12 million on a generator,” said Ferguson.

Luhring agreed, saying, “For $12 million, we had to be able to hit the start button and that thing just start on a dime every time. Like I said, mechanically it does, so there’s got to be something in the programming that’s kicking it out and due to what we call syncing it on with the cycles.”

Mayor Bindle asked Lurhing, under normal circumstances, how it takes to start generating power from the time we know the power’s out for the citizens.

Luhring said if the weather is warmer and decent, about 15 minutes if it’s cold and bad out, a bit longer, maybe 20 to 30 minutes.

After the storm, Luhring thought we had about 12 poles down and broken, but as of Monday, they had found three or five more.

Councilperson Amber Holle said she thought the city did a better job with communication, this time with businesses and residents. Still, it would be beneficial to investigate a text alert system or another program to use. The Council said they would be looking into some options to alert the public in the future during emergency events.