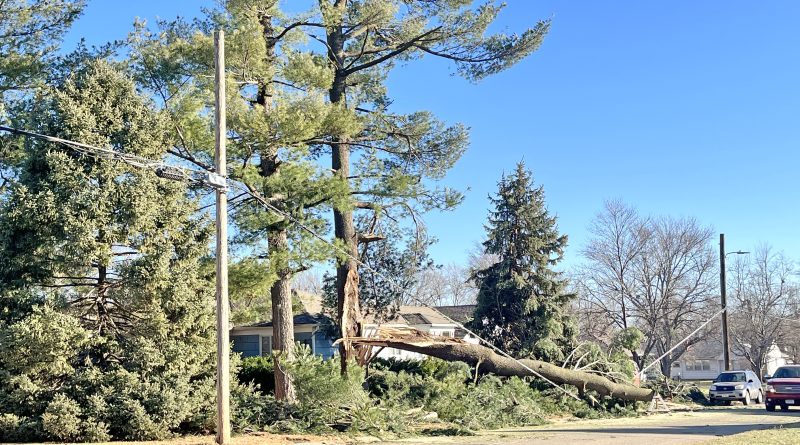 The Richardson County Commissioners met today for an emergency meeting to discuss yesterday’s storms that moved through the area, bringing widespread damage across the county. 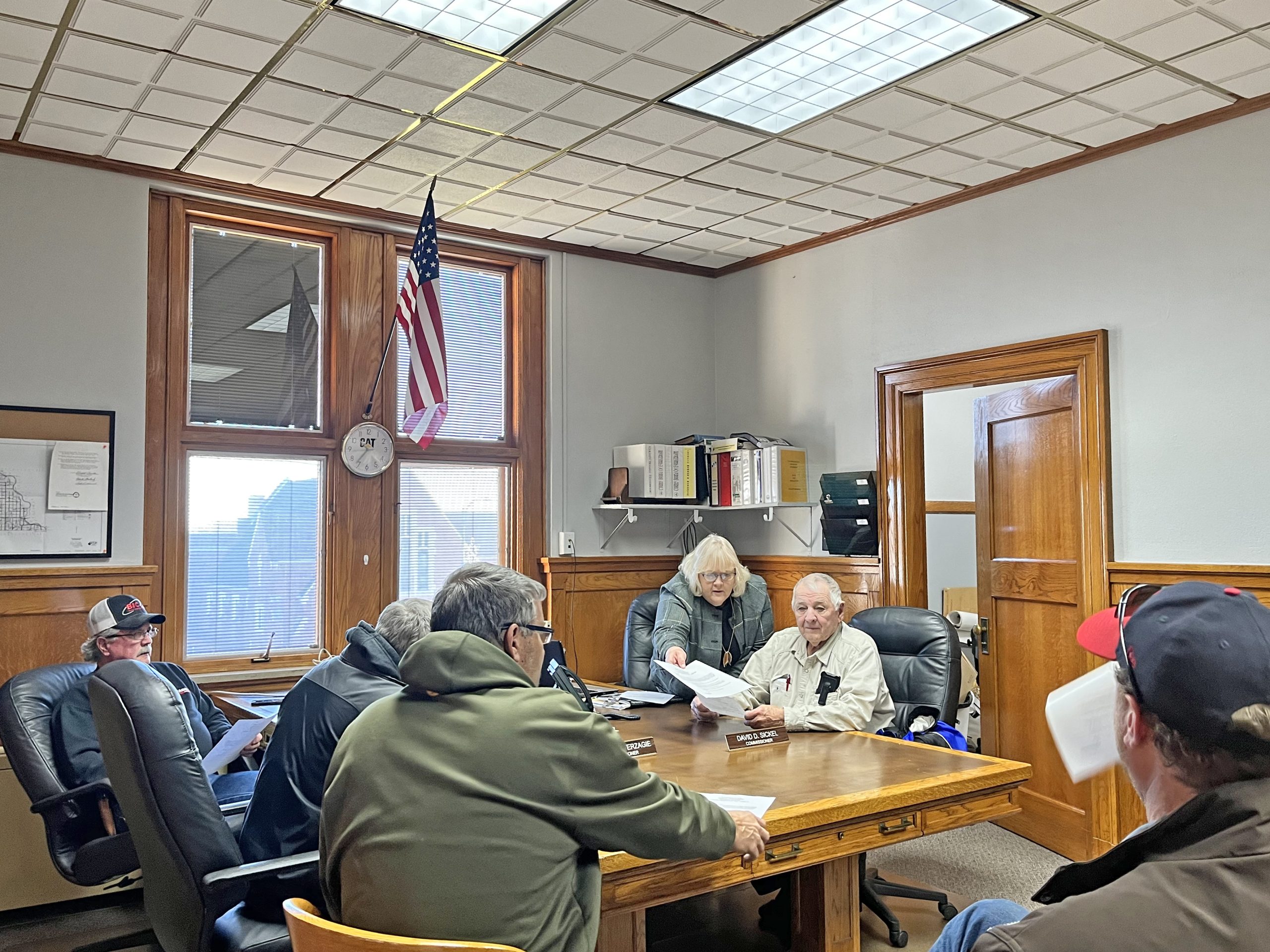 Falls City Administrator Kevin Cluskey reported on issues with the water supply. Cluskey stated that last night’s storm knocked down power lines and poles between Verdon and Falls City from OPPD. “The power plant is trying to get the generators up, but an issue was discovered that with such a low voltage starting Engine 9 was not possible because they would not sync. Wartzilla has been contacted and waiting on tech for support; a person from Farbe Mechanics is assisting and one from Nebraska City is also coming to assist. There are two generators currently running and working on getting more going. Rulo water was affected last night. The roof was torn off and thrown into the tower, so we are currently unable to run the pump from the wells. The line crew is there to assess the situation and clear everything safely. Once things have been identified, the water plant can begin to draw from the wells.”

Falls City citizens are urged to conserve water as much as possible at this time until a better assessment can be made of the damages that were done to the water plant area at Rulo, which could be later today. City crews are also working to restore power to the city.

Sheriff Hardesty and Hwy Supt, Steve Darveau, Jr. recommended that EMA contact the Red Cross and NE EMA to request that bottled water be accessible to Richardson County residents due to how long rural residents may be without power and have readily available for residents who are serviced by the Falls City water supply.

Highway Superintendent Steve Darveau gave a report on the work the road department employees had done last night and today regarding storm damage. He also reported that the roof on one of the buildings at the Falls City shop area had been blown off and a tarp would be put up today until it could be fixed. With the approval of the County Board, he also offered to the City of Falls City staffing and any equipment that might be needed to assist with getting the debris from the damages at the water plant in Rulo cleaned up and to assist with the City of Falls City to get services up and operational.

A motion was made to approve a Disaster Declaration for the storm of Wednesday, December 15, 2021, and declare a state of emergency authorized under Nebraska State Statute R.R. S. 81-829.50 on behalf of Richardson County and all cities and villages within Richardson County. The motion carried.

Edited to add at 1:20 p.m. Thursday, December 16, 2021: City Administrator Kevin Cluskey stated that the city is running engines 3, 6, and 7 and working to have engine eight online if needed.

The biggest news from Cluskey’s statement is that the Rulo water plant is producing again.

It’s still important to conserve power at this time.

Use task lighting-turn off ceiling lights and use table lamps, track lighting and under-counter lights in work and hobby areas.

Turn off and unplug your desktop computer.

Use your crockpot, microwave or toaster oven when you can.

Steele Cemetery will be closed until further notice to allow for the clearing of down branches. Please do not enter barricades.