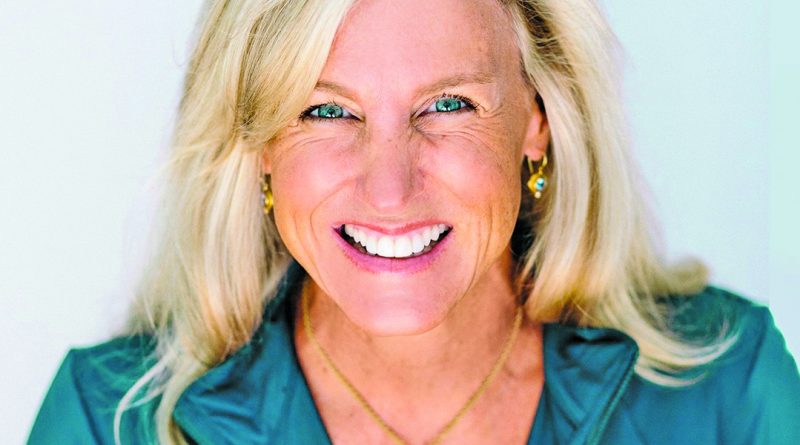 “It’s a beautiful day here in Maine today,” Karen Morgan said in a phone interview last week. “I’ve lived here for 25 years, and you know it takes till the end of June before I start to feel like a normal human.”

Nationally known Comedian Karen Morgan will be boarding her first airplane since the start of COVID to come to Falls City for the second part of the Shamrock Summer Comedy Series on Friday, June 9, at Sacred Heart School.

“It was a very busy time,” said Morgan. “My brain kind of rotted; rotted may not be the right word, probably festered,” she laughed.

She needed an outlet for herself, something that wasn’t just being a mom all time. A friend encouraged her to try taking stand-up comedy.

“We had a local comedy club and I took a class and had a great time.”

At the time, Nickelodeon was holding a competition search for the funniest mom in America.

The reality competition had ten moms competing to be named the funniest. The winner received a cash prize and the chance to develop their own show for Nick at Nite. After three rounds of auditions in New York, Morgan ended up in the top seven and taped the show.

“You know what was great? I was so new that I wasn’t terrified like I should have been terrified.”

She credits being a mom and having life experience for not being so afraid.

“I never anticipated being a professional comedian. It was not on my list of things to do.”

Morgan didn’t win the competition, but she developed a close bond with some of the other finalists and developed really good friendships.  Morgan produced a live theater stage show for her and the other women that toured for five years.

She cut her comedy chops in a stand-up workshop in Maine. She may not have aspired to be a comedian, but she enjoyed watching stand-up. But she found it to be a great excuse to get out of the house.

“We like to joke it could have been a photography class or cooking class, but I chose the comedy class and just fell in love with the writing process and all that comes with stand-up.”

Morgan said that’s why she’s continued on this long, the writing. She credits her improv teacher, Award-winning comedy writer/director, Tim Ferrell, whose former students include Jon Stewart, Chris Rock and Ray Romano, for giving her the groundwork for her writing process.

Those routines and stories, Morgan said, could take years to hone for the audience, depending on what goes into it. She said she’d written new stuff during COVID when she could write, but she will still bring in some older stuff that still applies.

Since she started later, Morgan says that her material is all about navigating life as a mom and spouse and the everyday stuff that happens to all of us.

“I think that’s why my comedy connects with people. We have to laugh at it.”

After years of working as a trial attorney and now a comedian, Morgan says comedy is more challenging. “Not to say being a lawyer was not hard. I worked very hard. I’m licensed in two different states to practice law. This to me is harder in the sense that what you want to do for an audience is very immediate, it’s right there, they’re there, you want to connect with them, it’s more personal,” said Morgan. “If I’m in front of a jury arguing a case or if I’m in front of a judge arguing the case itself, it’s not my life. I’m also not trying to make them laugh, you know. You’re not laughing at the wrong places if you’re in front of a jury.”

But as she said, she continues because she likes the challenge of the writing.

“But in a really good way.”

She explained that she writes something and she thinks it’s particularly funny, but when she’s on stage, the crowd laughs at a different part that she thought was only a little funny. She’ll swap the order around or rewrite it to fit the audience.

“That’s why you have to try it out for the real human beings, not your dog.”

Morgan said she’s inspired by other comedians’ work who is clean but still very funny, like Brian Regan.

“He’s just wonderful.” She said she would like to collaborate with Regan someday. They’ve met a few times when she produced the Nantucket Comedy Festival for about five years. She started as a performer; after the producer left, she began producing it. When she finally met Regan, she said he was the nicest person. 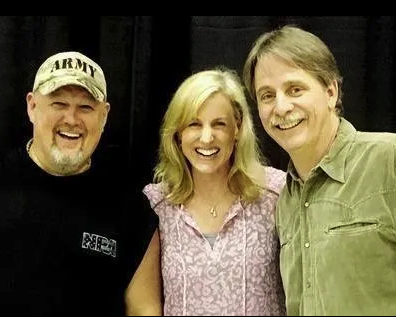 Other comedians she’s inspired by are Jeff Foxworthy and Dan Whitney, a.k.a., Larry The Cable Guy.

“I’ve always been inspired by guys whose work is clean, but it’s really very smart, smartly written,” said Morgan. “Stephen Wright is a brilliant comic, but I didn’t realize he was watching my set [at the Nantucket Comedy Festival] that night and he really liked it. He said my whole set back to me and I was so flattered that he, first of all, even watched my set, then he was complimenting me on it. I’m like; I’m done, my career can be done, you know? These guys that are big that are so good; Dan Whitney is one of these people. When you meet them and they’re so kind and down-to-earth people, it’s just so refreshing and nice to know.”

During COVID, many comics struggled to try to find a way to reach an audience and keep spirits up during such a trying time. Morgan did a couple of Zoom shows a week.

“I didn’t mind the Zoom shows, I’m still doing Zoom shows, but I prefer to be doing them in person.”

But Morgan said she slowly sees the Zoom shows fade away.

During the pandemic, she also kept herself busy spending time with her family, starting a book, and doing her weekly podcast (The Purple Bike; not a comedy, but a nostalgic look back at pop culture, the country, TV and life in the 40 years between the two purple bikes she received in 1975 and 2015).

“I found a creative outlet in other areas I wasn’t expecting and I’m happy for those.”

Morgan’s excited to come back to Nebraska.

“I love it out there. I like the people because everybody’s so down to earth there. I feel like I fit in okay out there.”

She said her comedy is perfect for the Shamrock Summer Comedy Series.

“It really falls right into my wheelhouse,” said Morgan. “We’re all in this together. I find it super important that other parents realize that we’re not alone and you’re not alone in the struggle in stuff that happens and that it’s okay to laugh at some of it. No one is perfect. We all make it up as we go along and some of it is really funny.”

For tickets to the July 9, show contact Jackie Knobbe, Renee Kopf, Angie Taft, Cherie Frederick, Deb Lemerond or you can buy tickets at Sacred Heart School or the Church Rectory. Tickets are $35 until July 1, $40 at the door; $20 for Students 13 and up. There will be a full bar and pulled pork available for purchase. Doors open at 6:00 p.m.