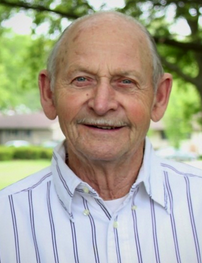 Jack L. Lovenburg, 84, of Falls City, NE, passed away June 15, 2021, at Falls City. He was born September 27, 1936, at Republican City, NE, to Leslie and Lela (Swatoviack) Lovenburg.
He married Doretta Powell on September 5, 1959, at Phillipsburg, KS. She passed away June 12, 2016
Jack served in the United States Army, enlisting in 1955 and was honorably discharged in 1957 at Colorado Springs.
Jack lived in York and Orleans before moving to Falls City in 1965. He worked for Frontier, drove a semi-truck for The Millworks and Elliott Food Products. He and Doretta purchased Jack’s Processing in 1977. He retired in January of 2020 due to his health. He was a member of First United Methodist Church.
Jack is survived by his son, Troy and his wife Donna and daughter, Wendy Craig and her husband Robbie, both of Falls City, seven grandchildren and eight great-grandchildren. He was preceded in death by his parents, wife, daughter Linda Junker, and a brother, Gary Longsine.
His funeral will be held on Friday, June 18, 2021, at 9:00 AM at First United Methodist Church, with Pastor Mike Hader officiating. Interment will be in Steele Cemetery. Military graveside honors by Falls City Ceremonial Honor Guard.
The family will receive friends on Thursday from 7-8:00 PM at Dorr and Clark Funeral Home.