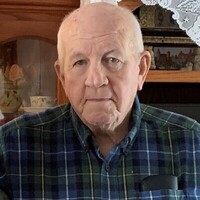 Mr. Richardson was a resident of Walton County, Florida. He was Baptist by faith and a member of the First Baptist Church of Mossy Head, where he served as an ordained deacon since 1979. He was a veteran of the Vietnam Era, serving two tours in the United States Air Force with over twenty years of service before retiring as a Tech Sergeant. He was an avid golfer.

Mr. Richardson is preceded in death by his father and mother; and his brother, Robert Richardson and four sisters, Betty Schuetz, Helen Kline, Lois Witwer and  Joan Mez.

A Memorial Service will be held at the First Baptist Church of Mossy Head at a later date.