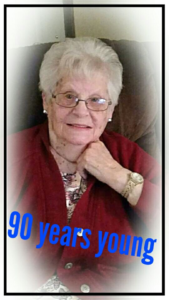 Erma Jeanne (Lang) Lee, 93, formerly of Dawson, Nebraska was born on August 4, 1927, in Table Rock, Nebraska to Otto and Ethel (Fiek) Lang.  She was raised on a farm south of Humboldt where she attended country school and later Humboldt High School.  On November 10, 1943, Erma was united in marriage to Clyde D. Lee in Seneca, Kansas.  To this union three children, Clyde Douglas Jr., Carolyn and Kathryn, were born.  Erma was a longtime resident of Dawson and worked for 25 years at the Colonial Acres Nursing Home in Humboldt.  She was a member of the United Methodist Church and a 50-year member of the Crescent Rebekah’s Lodge in Humboldt.  Erma loved playing cards, dancing, going to the casino and spending time with family and friends.

Erma passed away on Tuesday, December 22, 2020, surrounded by her loving family at the Falls City Care Center in Falls City, Nebraska having reached the earthly age of ninety-three years, four months and eighteen days.  She was preceded in death by her parents, husband Clyde, an infant sister Margaret; sister Deloris (Don) Douglas and brothers Harold (Jean) and George Lang.

Private Family Graveside Services will be held at the Heim Cemetery in Dawson, Nebraska at a later date.