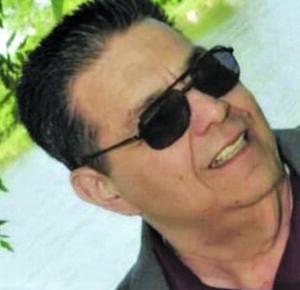 He went to be with his Lord and Savior, December 15, 2020, after a courageous battle to overcome various health complications. He was 68.

Terry was a dynamic song evangelist and founder of TLC Ministries. Terry, along with his wife Maddie and dog Huggy, traveled the United States telling his amazing life’s story of forgiveness, healing and spiritual renewal.

In his former years, he was lead singer in the following rock and roll bands: “Spike & the Sputniks” & “Dusty Blue Band.”

Everyone that met Terry heard about his friend and Savior Jesus. He served a Mighty God.

Terry attended the Eternal Hope Worship Center and many times provided the music on Sunday. He was also a member of the Iowa Tribe of Kansas and Nebraska.

Terry was preceded in death by his parents; brothers: Gene, Jerry, and Donald Campbell.

A Celebration of Terry’s life is planned for Monday, December 28, at 1 p.m. at Eternal Hope Worship Center in Hiawatha.