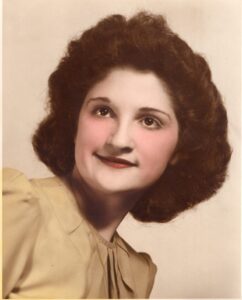 Darlene LuElla Rieschick Tisdel, 91, was born in Falls City, Nebraska, on October 29, 1929, to Louie Chris Rieschick and Amelia Clara (Hartman) Rieschick. She married Wayne A. Tisdel at the Lutheran Church in Hiawatha, Kansas, on September 28, 1947. Wayne passed away on October 8, 1992.

She is preceded in death by her husband Wayne, her parents Louie Rieschick and Amelia Hartman Rieschick, two brothers, Milton and Melvin Rieschick and one sister, Ava Moore.

Darlene has donated her body to the Nebraska Anatomical Society and a memorial service will be held at a later date. Friends may sign a guest registry at Dorr and Clark Funeral Home.