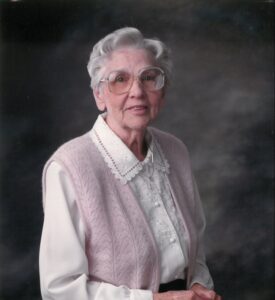 Ruth was a graduate of Falls City High School in Falls City, Nebraska. In January of 1939, she married the late George A. Grimes in Rulo, Nebraska. She was a longtime member of the Church of Nazarene in McKinney, Texas, where she was active in the church missionary work.  Ruth worked at the Good Samaritan Home in Quincy, Illinois, for over 20 years. She was a loving homemaker to her family.

Ruth was preceded in death by her husband, George A. Grimes; son, Tim Grimes; grandson, Michael Grimes; and four sisters.

To convey condolences or to sign an online registry, please visit TJMfuneral.com