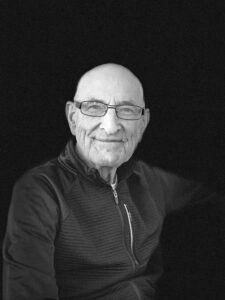 Charles Robert Kottich was born on January 28, 1935 in Falls City, Nebraska.  He passed away in Largo, Florida on September 24, 2020. He was interred at West Point Cemetery on October 7, 2020.   Charles was the son of Walter H. Kottich and Emma Scheitel Kottich.  Two older brothers served during wartime, Walter in the Navy during WWII and Virgil in the Marine Corps in Korea.  Other siblings Sterling, Lila (Deeter), and Violet (Heim) completed the family with Charles as the youngest of six.

Chuck grew up on the Kottich Dairy Farm east of Falls City.  From

the first through eighth grades he attended a one-room schoolhouse, with only one other student in his grade.  His class in high school had 100 students.  Charles graduated as Valedictorian from Falls City High School in 1952.  His lone classmate from Sunny Hilly grade school graduated as the Salutatorian.  Chuck entered the United States Military Academy in West Point on an appointment from Senator Fred Seaton of Nebraska.

The night before he caught a train to enter West Point Chuck pitched the last game of his American Legion baseball career against a team that traveled to Falls City from Omaha, notching a 3-1 victory.  He later learned that his pitching opponent had been Bob Gibson, later the Hall of Fame star of the St. Louis Cardinals.

In June 1962 Charles married Mary Warner at Fort Hood, Texas.  Together they had daughters Caroline, Jennifer, and Kristen.  Later there were eight grandchildren.

Charles graduated with honors from West Point.  Rising through the ranks via various tours and assignments and posts Charles eventually became the Commander of the United States Military Group in Venezuela.  He held this position for three years.  In many assignments Chuck was decorated for valor and achievement, receiving two Bronze Star Medals for Valor and six additional Bronze Star Medals, an Air Medal for Valor and two additional Air Medals, two Meritorious Service Medals, a Joint Service Commendation Medal and an Army Commendation Medal. From the Vietnamese he received the Gallantry Cross with Bronze Star and Palm and the Civic Actions Medal.  He also wore the Combat Infantryman Badge, the Parachutist Badge, and the Ranger Tab. Charles retired from the military life in 1985 as a full colonel.

In civilian life Chuck became a broker with Century 21 Realtors, as did his wife Mary. Residing then in Largo, Florida, near Tampa, they were so successful that in 1993 their office was inducted into the Century 21 International Hall of Fame as the top producing office in Florida for a string of years and in the top ten nationally.

Charles R.Kottich was a decorated soldier and an admirable man.  May he rest in peace.