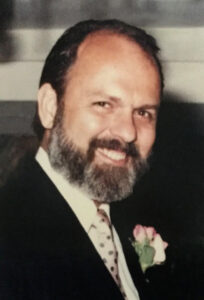 Jack Leonard Stout, died peacefully in his sleep on July 17, 2020, in Albuquerque, New Mexico, at age 76, after battling dementia for the last several years.  He was renowned for his pioneering efforts in emergency medical services (EMS) beginning in the 1970s through the 1990s, with innovative ideas about how to deliver better service, saving untold numbers of people who have been ill or injured.

Jack was born on January 29, 1944, the fifth of five children, in Falls City, Nebraska to Leonard Thomas Stout and Mellie Mae (Staley) Stout, where he graduated from high school, but not before a stint at a military-style academy at age 14  in Southern California, where his parents hoped he would learn some needed discipline. He did not and he left after a year to hitchhike back to his hometown to finish high school.

He went on to graduate from the University of Nebraska in 1967 and then taught high school English in rural Nebraska.  Jack always had a rebellious streak, and that showed up in every chapter of his life, whether teaching, starting a construction company to make geodesic dome homes (in which his family once lived), to running consulting firms helping communities bring better EMS to their citizens.

He met his first wife, Linda Murphy, in junior high school. They were married in 1963, and their only child Todd was born that year. They divorced in 1989 and Jack married Wendy Jones, an emergency physician, in 1990.  Todd went on to work with Jack in his EMS consulting business, and later formed his own company, FirstWatch, in 1998.  Jack commented on many occasions that Todd was his proudest legacy.

Jack always had a way with words, and he loved writing and public speaking, contributing to textbooks, trade publications and serving as faculty on many workshops and conferences. He gained a large following of devotees, many of whom he mentored throughout his life.  In 2014, he received a prestigious lifetime achievement award from his peers in emergency medical services.

True to his rebellious spirit, although he grew up land-locked, Jack had a love for ocean sailing.  For many years he lived aboard a 36-foot sailboat as his home-base as his consulting efforts took him around the world. Through it all, he had a love for animals and especially dogs and had many four-legged friends throughout his life, including a Schipperke named Rachel who sailed with him, and Vinu, a sick and injured dog he “smuggled” back from a trip to India. His constant companion in the last few years was a German Shepherd named Maggie, who he and Wendy trained to be his service dog.

Jack is survived by his wife Wendy, his son Todd, granddaughter Samantha, grandson Benjamin, ex-wife and friend Linda, and many loving relatives.  Because of the current pandemic, there will be a small, private in-person ceremony for local family to honor Jack’s life. There are plans for a celebration of life in the future, at a time and place to be named.  In the meantime, to honor Jack, the family recommends you donate to the charity of your choice, or to one of these worthy charities: HoofBeats and PawPrints, a non-profit animal rescue run by his friend and colleague Jay Fitch with his wife Kathy, or to Shriners Hospital for Children, a non-profit that helps children, or to Fisher House Foundation, a non-profit that helps veterans.