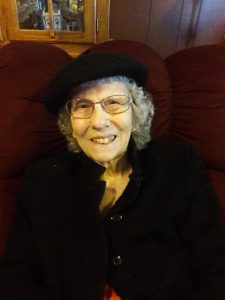 Ola Lee (Albin) Riley, 89, of Humboldt, Nebraska, was born on February 5, 1931, at home in rural Humboldt, Nebraska, to Fred and Fannie (Bacon) Albin. She attended Honey Creek School and graduated in 1948. After attending school at Peru Teacher’s College, she taught in Athens one-room schoolhouse south of Humboldt.

Interment will be at the Humboldt Cemetery.

Memorial contributions may be given to St. Mary’s Catholic Church or Ascera Care Hospice.