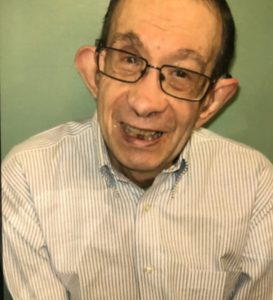 Robert Paul McClain was born on July 5, 1946 in Akeley, MN; the son of Virgil and Jeanette (Zimmerman) McClain.  He joined an older brother Jerry in the family.  As time passed, Pauland Jerry’s lives took different directions and they lost contact with each other.

Paul came to Nebraska City in 1977 from Beatrice, NE and began working at Region V Services.

He loved being at Region V and the many activities he was involved in.  Through the years, he was blessed with forming many friendships with his fellow workers as well as the staff.

Graveside funeral services will be held on Thursday; April 23, 2020 at 2:00 p.m. at Steele Cemetery in Falls City, NE; burial will follow the services.

Memorials in his memory may be given to Region V Services in Nebraska City.

Remembrances may be left at www.gudefuneralhomes.com.