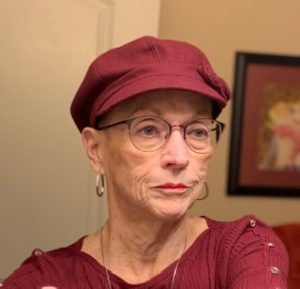 Marlene Gay Gerlt (Wright) 79, died in the presence of family at her home in Roseburg, Oregon, in the early hours of February 16, 2020. She died of natural causes following a heroic battle with kidney disease and an auto-immune condition that widely affected her health and well-being the last three years of her life.

Marlene was born in Shubert, Nebraska to Chester and Doris (Sailors) Wright, on May 31, 1940. Marlene lived in Falls City, Nebraska and attended school until the family moved to Brentwood, California. Marlene graduated from Liberty High School in1958. Marlene ran into Gail Gerlt, a Falls City, Nebraska native, in a bowling alley in Santa Monica, California in 1963 and romance ensued. The couple was married in Las Vegas, Nevada on Valentines Day in 1964. Their daughters Kyla and Dana were born in Mountain View, California. Marlene was always a hard worker and had a successful career. She retired from her job as an occupational safety clerk for Shell Oil Company in Bakersfield, California, in 2001. Marlene was dedicated to her work but had a retirement countdown calendar the year before her retirement.

Marlene started decorative Tole in the 1970’s painting as a hobby in Houston, Texas. Eventually, she began to paint with oils, acrylics, and water colors on canvas. Her artwork really blossomed once she retired. She leaned into her creative side and took chances in her artwork that paid off. Her family is blessed to have her paintings as treasured memorials to her creative spirit. Marlene loved painting and loved attending painting classes. She was a founding member of Gallery Northwest in Roseburg, Oregon. She loved reading novels, watching series television and movies, traveling, and her dog Bubba. Marlene was never one to mince words. She told you what she thought and had a quick wit.

There will be an informal memorial service this summer at Union Cemetery in Brentwood, California. Memorial contributions may be made to either the Roseburg Rescue Mission (roseburgrescuemission.org) or Saving Grace, Pet Adoption Center (www.savinggrace.info).