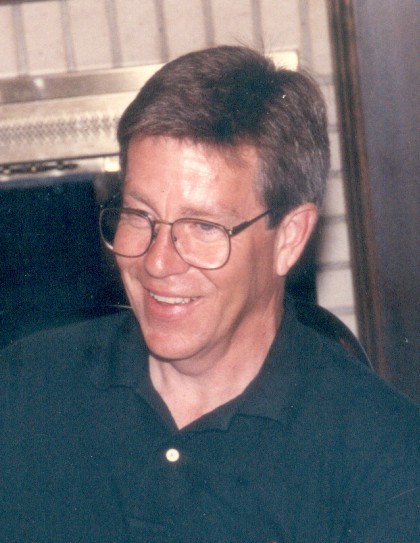 Mr. Schock was associated with the Journal for 38 years, beginning as a reporter and photographer in 1976 before being promoted to editor, then publisher. His column, “Off the Cuff,” regularly appeared on Page 2 for nearly four decades. Scott retired in 2014, but remained a part-owner of the company at the time of his death.

In the spring of 2007, Schock was named the winner of the Nebraska Press Association’s Harpst Leadership Nebraska Award, “created to recognize a newspaper or publisher that best illustrates efforts in promoting lead ership within their community,” as well as the Omaha World-Herald’s prestigious Francis L. Partsch Award for Editorial Leadership, which includes a $10,000 cash award.

A avid golfer for most of his life, Scott was a member of the State Tournament-qualifying 1966 FC Tiger Golf Team that to this day is the lone FCHS squad ever to qualify as a team. Later, in the early 1990s, he was the Men’s Club Champion of the FC Country Club.

Mr. Schock served as chairman of the Falls City Educational Foundation and led the effort to drum up public support and pass a bond issue that paid for the multi-million dollar renovation of FC High School around the turn of the 21st Century. He also played an active role in the FC Library & Arts Center project and at one time served as President of the FCCC Board of Directors.

He loved Nebraska Football, was a prodigious reader, and was the biggest Rolling Stones fan in the
world.

William Scott Schock was born May 1, 1948 in Falls City to George William “Bill” and Dorothy
Lucille (Lunsford) Schock. He was raised in Falls City, graduating from FCHS in 1966. He graduated
from Northwest Missouri State College in 1970 and taught high school social studies and coached the high school golf team in Moberly, MO, for five years before moving back to Falls City to work at the paper. He married Peggy Pickard on Jan. 3, 1966 in Hiawatha, KS. They had two children, Amy Beth, on July 19, 1966, and William Jason, on Aug. 4, 1972. They were later divorced.

He was preceded in death by his mother, Dorothy, in 2007.

A memorial service will be held at 2 p.m. Friday, April 28, 2017 at Dorr & Clark Funeral Home. Inurnment will follow at Steele Cemetery. The family will receive friends one hour prior to the service at the funeral home.