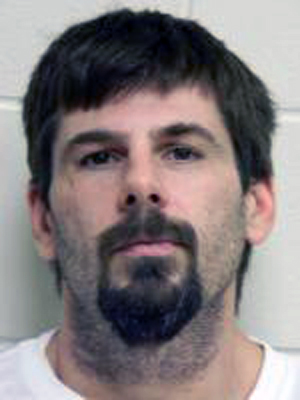 A routine traffic stop last May on Highway 67 turned into more when authorities searched the untitled car and found burglar’s tools and drug paraphernalia. The subsequent examination of the driver yielded just about everything but a valid driver’s license.

Michael E. Tinsley, now 40, was booked into Richardson County Jail, cited for possessing burglar’s tools and the drug paraphernalia as well as driving under suspension. After a gander at Tinsley’s impressive resume, which includes convictions for delivery of a controlled substance, tampering with evidence and felony strangulation, to name just a few, the County Attorney’s Office added the enhancement of habitual criminal and its mandatory minimum 10 years in prison.

Unfortunately for the prosecution, the arresting officer, former Richardson County Deputy Sheriff Josh Nincehelser, was just weeks shy of making history of his own, essentially destroying the local case against Tinsley, a repeat offender one year removed from serving his fourth stint in the Nebraska Dept. of Corrections.

One month following Nincehelser’s public arrest for staging his own shooting, Tinsley in July pled not guilty to all the charges and in September all but one — possession of burglar’s tools — went away. District Judge Daniel Bryan last week sentenced Tinsley to 20-48 months in the Nebraska Dept. of Corrections. He’ll be eligible for parole in 10 months – subject to discharge in two years.

It will be his fifth trip to the state pen, but very unlikely his last. Tinsley, who in court documents once used Shubert as a home address and another time Blair, posted $1,000 bond on Sept. 7 and was released from Richardson County Jail. One month later, he was arrested in Washington County, where felony theft charges, including possession of burglar’s tools, remain pending.

Tinsley has roamed Shubert, Blair, Douglas County AND Lincoln. Spent a lot of time in Lincoln.

A Douglas County conviction of possession with intent to deliver methamphetamine sent Tinsley to his first prison sentence in 2002. Less than two weeks away from serving a full year of his three-year sentence, Tinsley was released.

He was back in 2006 and spent three months of a year-long sentence for possession of cocaine before being released.

A birthday later, Tinsley got six more years in 2007 for a trio of felonies (possession of meth, operating motor vehicle to avoid arrest and tampering with physical evidence) and went back in on July 3, 2007. He was released on Oct. 9, 2009.

Tinsley was then arrested in Lancaster County and on Sept. 29, 2011 began a 32-month minimum sentence on felony strangulation and misdemeanor child abuse and domestic assault. He was released on May 3, 2013.